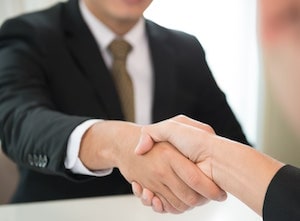 The Law Office of Robert E. Mielnicki is a Pittsburgh based criminal defense law firm serving all of Western Pennsylvania, including Allegheny County, Beaver County, Butler County, Lawrence County, Mercer County, Washington County and Westmoreland County. Pittsburgh Criminal Defense Attorney Robert E. Mielnicki and his team are committed to providing all their clients with the best possible defense for a reasonable fee.

Pittsburgh Criminal Defense Attorney Robert E. Mielnicki has more than 25 years of experience representing clients charged with crimes including Murder, Drug Felonies (state and federal court), Assault, Sexual Offenses, Burglary and DUI. He is recognized as a TOP 100 Trial Lawyer by The National Trial Lawyers Organization and has been rated a perfect 10 by Avvo. He has taught continuing legal education classes to other attorneys. He has secured acquittals for numerous clients in state and federal court. He is Lead Counsel Certified in Criminal Appeals.

Pittsburgh Criminal Defense Attorney Robert E. Mielnicki of the Law Office of Robert E. Mielnicki is among the most respected criminal attorneys in the Pittsburgh area and in Western Pennsylvania. Attorney Mielnicki’s expertise in criminal law and criminal procedure, and his passion for every one of his cases, has resulted in numerous appellate and post-conviction victories, including some that have taken years to finalize.

“I will continue, until the day I decide to retire, to provide every client, who has entrusted me with protecting them and their family, with my fullest attention. I am committed to protecting every one of them, to the best of my ability. My team shares this passion and this commitment.”
- Pittsburgh Criminal Defense Attorney Robert E. Mielnicki

The Law Office of Robert E. Mielnicki handles all criminal cases in state and federal court, including:

Arson - Pittsburgh Criminal Defense Attorney Robert E. Mielnicki has handled numerous arson cases in state and federal court. Arson is a serious offense that can lead to harsh criminal penalties and jail time. An arson charge is generally filed against anyone involved in the burning or setting of fire to a commercial or residential property. If the property was a commercial property, the charges might be filed in federal court.

Drug Crimes – The unlawful possession of a controlled substance is a misdemeanor in Pennsylvania and can result in jail time and a loss of one’s driver’s license. Possession with Intent to Deliver a Controlled Substance is a felony and often results in jail time, heavy fines, the suspension of one’s driver’s license and the loss of the right to possess firearms. Drug charges are often brought when drugs are found during an unlawful search. When charged with a drug crime, you need an attorney well versed in the law regarding search and seizure. Pittsburgh Criminal Defense Attorney is such an attorney and is rated Lead Counsel certified in the area of Criminal Appeals.

DUI – A conviction for DUI can result in a mandatory jail sentence, mandatory fines, court costs and a loss of one’s driver’s license. You need an attorney who knows, not only the DUI laws, but a little science, if you expect the best possible outcome when facing a DUI charge. Blood results and breath readings can be challenged. Often DUIs are charged where the defendant as subjected to an illegal stop and detention. The Law Office of Robert E. Mielnicki has secured acquittals, not guilty verdicts, dismissals and withdrawals of many DUI charges. Pittsburgh Criminal Defense Attorney Robert E. Mielnicki was the first Pennsylvania attorney to successfully argue that PennDot Form DL – 26 was coercive and rendered any blood obtained following the reading of such to a DUI suspect, to be inadmissible. Commonwealth v Evans, 153 A.3d 323 (Pa. Super. 2016).

Sex Offenses - Sex offenses can range from a misdemeanor to a first-degree felony, which can result in long imprisonment. If you are convicted, you may be required to register as a sex offender for at least fifteen years, and in some cases, for life. Your name, photograph, address, and details of your case will be published online. The Law Office of Robert E. Mielnicki has represented hundreds of clients charged with sex offenses.

“I am in law enforcement. I hired Attorney Mielnicki for a personal case. I have seen and heard many cases. I must say Mr. Mielnicki is ONE of the best! He went above and beyond to get the job done. My case was very difficult and he won my case. 5 star.”
Posted by Lori on Avvo September 19, 2011

The Prosecutor Will be Prepared – Attorney Robert E. Mielnicki Will be Equally Prepared

If charged with a crime, you will be prosecuted by prepared state and federal prosecutors, who will work hard to secure your conviction. If you are accused of a crime, it is critical to hire a criminal defense attorney with significant experience, a strong reputation, and who is not afraid to go to trial. Pittsburgh Criminal Defense Attorney Robert E. Mielnicki has over 25 years of trial experience.

“I hired Bob on my federal arson case… l don't know if another lawyer would have achieved the same outcome of an acquittal. I would highly recommend him to anyone.”
Posted by Jeff on Avvo September 6, 2016

The criminal defense attorneys at the Law Office of Robert E. Mielnicki are not afraid to challenge the government. This requires tireless devotion to each case, extensive preparation and a full team ready to work on every case. The team assembled at the Law office of Robert E. Mielnicki was assembled because each member provides that type of tireless devotion to each client. From the outset, they will work tirelessly to determine if there is a way to get the charges against each client dismissed or reduced.

“I would be lost without Bob. I was referred to Robert "Bob" Mielnicki for a defense attorney after I was indicted on federal charges. ... Bob is excellent on communication, he always responds to my emails and will call within 24 hours if I leave a message… Initially I had a chance to go to jail. However, Bob found something that helped to lower the severity of my sentence and he fought for it. He was able to get my sentencing guidelines reduced, which meant probation is more likely…He makes time to meet me on my schedule, which has been very appreciated. I highly recommend Robert Mielnicki as a criminal lawyer, I don't know how I could have survived this process without him.”
Posted by Client on Avvo November 28, 2015

The Law Office of Robert E. Mielnicki Never Gives Up Fighting for Their Clients

“First time I have ever been accused of something of a criminal nature in my life. I called 4-5 different attorneys and Attorney Mielnicki was the only one to provide me with a sign of relief after hearing a brief synopsis of the case. Mielnicki was very knowledgeable and he is an email machine.”
Posted by Jason on Avvo June 26, 2015

Many people searching for a criminal attorney have never needed one before. At times, this process can result in people being charged outrageous fees for criminal representation. The Law Office of Robert E. Mielnicki can easily prove to you that they have considerable criminal law experience. They can show you dockets in state and federal court where they have obtained not guilty verdicts. They would only do that to make you comfortable. The Law Office of Robert E. Mielnicki believes that attorneys deserve to make a reasonable fee for their services. Outrageous fees bother them though.

“You will like him from the moment you call him. His voice will assure you that he will do everything he can that is expected from a professional, competent, smart and transparent lawyer…May God take him to the highest possible level in the judicial department.”
Posted by Khondaker on Avvo May 21, 2016

Pittsburgh Criminal Defense Attorney Robert E. Mielnicki has represented an NFL Pro Bowl Player, a former NBA player and the daughter of a network television actor, but they were truly no more important to him than any one of his other clients. The Law office of Robert E. Mielnicki believes that no case is too big for them and no case is too small.

“Robert fought for me and won. He got me back on the road, which I thought would never happen. He was always there for me when I had questions or concerns and always picked up the phone!!! I will never use anyone else!!”
Posted by Chelsie on Avvo July 14, 2018

Learn More
Our Practice Areas
View More
Client Reviews
★★★★★
"Mr. Mielnicki recently defended me on my DUI case. He not only got my license suspension wiped away, but he got my DUI charge knocked down to a General Impairment. This is not the first time Mr.Mielnicki has defended me either. When I was younger he defended me on a pretty serious case and got 3 felonies knocked down to misdemeanors. If you want to win, pick Rob Mielnicki." Garrett
★★★★★
"When I was losing patience finally for my girlfriends return home. Something showed me Robert. Robert was there for me and her. Visited her. And walked her through everything. Being very confident with this judge, he was able to successfully lift this detainer. If you ever need a detainer removed or a motion to be filed. I highly recommend him." Robert & Crystale
★★★★★
"On June 26, 2017 Attorney Mielnicki handled a case for us defending our son. He was professional, knowledgable and a highly skilled attorney. He returned calls promptly and always reassured us. The outcome we had hoped for worked out as he assured us it would. We couldn’t be more satisfied. We highly recommend this attorney." Client
★★★★★
"We found Attorney Mielnicki by chance/fate! We are so grateful and pleased how he helped our son with his case. He was attentive and considerate to our questions and informative with answers. We would highly recommend seeking his expertise in criminal law. He will give you the hard facts and do everything he can as an attorney to expedite a final outcome. His costs were reasonalble and his staff is just as attentive to getting answers back to you, as well! He was a great choice for us and our legal situation." Client
★★★★★
"Kept me up to date with the process of it all through Facebook messenger or calling me with the news. I would recommend him to anyone I know. I was sure he was the right attorney for the charges I was facing after the first couple minutes of talking to him." Client
View More
Submit a Law Firm Client Review
Contact Us