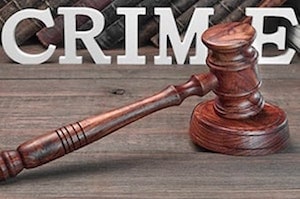 Pittsburgh Criminal Defense Attorney Robert E Mielnicki has done jury trials in multiple counties involving charges of Murder, Homicide by Vehicle, Burglary, Rape, IDSI, Aggravated Assault, Resisting Arrest , Escape, Theft and many other crimes in a career that has spanned more than 25 years. He has secured acquittals from a jury of charges such as Murder, Rape, Burglary and Aggravated Assault. As a Public Defender from 1991-1995, he was in a court nearly every day. He cannot think of a crime that he has not had to defend a client against. He has represented thousands (possibly 5000 or more) of clients in dozens of counties , the United States District Court for the Western District of PA, the Middle District of PA and Steubenville, Ohio . Attorney Mielnicki has handled numerous probation/parole violations both in the Court of Common Pleas (county supervision) and with the Pennsylvania Board of Probation and Parole (state supervision). See Hudak v. Pennsylvania Board of Probation and Parole,757 A.2d 439 (Pa.Cmwlth 2000). For a free consultation about your criminal case, call Pittsburgh Criminal Defense Attorney Robert E. Mielnicki at (412) 330-1000 or e-mail him.

"I was referred to Robert “Bob” Mielnicki for a defense attorney after I was indicted on federal charges. Bob has had a lot of experience in state and federal cases which made me confident in his skills. Bob is excellent on communication, he always responds to my emails and will call within 24 hours if I leave a message. For my case, Bob negotiated for me a plea deal. Initially I had a chance to go to jail. However, Bob found something that helped to lower the severity of my sentence and he fought for it. He was able to get my sentencing guidelines reduced, which meant probation is more likely. His rate is incredibly affordable. He is extremely flexible and easy to work with. He makes time to meet me on my schedule, which has been very appreciated. I highly recommend Robert Mielnicki as criminal lawyer, I don’t know how I could have survived this process without him."
Posted by Client on Google 2015