Charged With a Drug Offense? If so, You Face Potential Jail Time, Suspension of Your Driver’s License and Potential Loss of Your Right to Possess Firearms 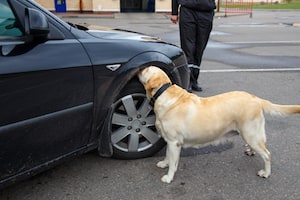 If you have been arrested or charged with a Drug Offense in Pennsylvania, don’t hesitate to contact an experienced attorney! Pittsburgh Drug Attorney Robert E. Mielnicki has more than 25 years of experience handling drug offenses in state and federal court. Attorney Mielnicki understands that good people make mistakes and that some are improperly charged with drug offenses. Mielnicki & Stiffler, LLC is here to help you understand what lies ahead and the options you have under the law, including aggressively defending yourself against the charges.

“I was referred to Robert "Bob" Mielnicki for a defense attorney after I was indicted on federal charges. Bob has had a lot of experience in state and federal cases which made me confident in his skills. Bob is excellent on communication, he always responds to my emails and will call within 24 hours if I leave a message. For my case, Bob negotiated for me a plea deal. Initially I had a chance to go to jail. However, Bob found something that helped to lower the severity of my sentence and he fought for it. I don't know how I could have survived this process without him.”
Posted by Client on Avvo November 28, 2015

The unlawful possession of any drug for personal use is a misdemeanor in Pennsylvania. If the police believe that you possessed the controlled substance with the intent to deliver, you will be prosecuted for a felony. If convicted, you could face stiff penalties and possibly be sentenced to serve time in prison. Your license to drive will be suspended.

The drug charge that an individual will face depends on the type of drug (marijuana, heroin, cocaine, etc.) and the quantity of the drug alleged to have been possessed by the individual. An individual may be charged not only on what was found on his/her person, but also on what was found in his/her motor vehicle, residence, locker, or other area that he/she used or had access to.

Possession with Intent to Deliver is a unique crime. Often the police charge individuals with this serious crime based on nothing more than their own speculation that the person was going to deliver the drugs to an unspecified person at some unspecified time. Pittsburgh Criminal Defense Attorney Robert E. Mielnicki has been cross examining police officers for more than 25 years about their opinions that his clients possessed drugs with an intent to deliver them. He has folders of information from government websites and publications and books from addiction specialist as to the quantity of drugs a person addicted to such can expect to consume on a daily basis. He is often surprised that upon cross examining police officers, who chose to charge his clients with intent to deliver, that the officer has very little knowledge at all about how much drugs an addict can consume on a daily basis yet he has chosen to charge the intent to deliver based upon his client possessing an amount that could be consumed in a day or two.

“Bob is an excellent attorney! He kept me updated daily on my husband’s transition to freedom and got him out within days. Christmas wouldn’t have been the same if it weren’t for you. P.S. Tanks for the best Christmas present ever!!!! :)”
Posted by Client’s Wife on Google 2015

You Do Not Have to Plead Guilty if Charged With a Drug Offense!

Defenses to drug possession charges include the following:

If you are charged with a Drug Offense, you may have been the victim of an illegal search or seizure. If you have, this can result in the suppression of evidence and a dismissal of your charges. Your home may have been entered based upon a bad warrant or no warrant at all where one should have been secured. If your vehicle was stopped, it may have been stopped illegally and your detention may have been improper for what started out as a routine traffic stop. Pittsburgh Drug Attorney Robert E. Mielnicki knows the law. Some of his notable appeals include: