What is an Expungement? 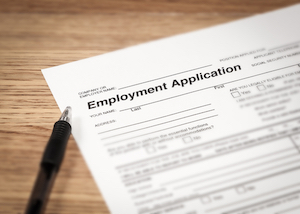 If you have been charged with a crime, and later that charge was dismissed, withdrawn, or nolle prossed or, if you were found not guilty at trial, you may believe that you leave the courtroom with a clean record. What most people do not realize is that those charges remain a part of their criminal history. That means those charges will show up on a criminal background check and are accessible by the public. To fully get those charges off your record, you must file an expungement.

The Pennsylvania expungement process is governed by 18 Pa.C.S.A. § 9122. Section 9122 permits expungements in circumstances when:

This process can be confusing and time consuming. If you are considering an expungement, you should consider hiring an experienced expungement attorney.

Any summary, misdemeanor, or felony offense that was dismissed, withdrawn, nolle prossed, or that you were found not guilty of, qualifies for an expungement. Additionally, any summary offense you were found guilty of may be expunged after five years, as long as you have not been arrested or convicted of any other offense within that time.

There is also a special rule which allows individuals 70 years and older to expunge their criminal records of charges they were found guilty of, as long as they have been free from arrest or conviction 10 years following their release from confinement or supervision.

Pennsylvania now allows for expungement (also known as limited access) of low-grade misdemeanors if the defendant has remained trouble free for at least 10 years from their last arrest. An important note, however, is that this process has the legal effect of sealing a defendant’s record, not destroying or erasing it.

If you or someone you know has been convicted of a misdemeanor or had charges withdrawn, call Mielnicki & Stiffler, LLC today to discuss having such charges erased from your record or sealed from view form prospective employers and other persons, not involved in law enforcement.

Effective June 28, 2019, some criminal records will automatically be sealed. This is particularly true for those who would have been eligible for expungement, but never obtained it. It is unknown how exactly those who have records of conviction, that are now automatically to be sealed, can rely on such. As part of this legislation, convictions eligible for sealing were expanded, particularly convictions for Simple Assault. Mielnicki & Stiffler, LLC recommends that you run your own record or ask an attorney to do so, after this new law goes into effect.

To request your own criminal record, go here.

If you are considering an expungement, or wish to see if you can have a clean record, or maybe already do, but want to be sure, contact Mielnicki & Stiffler, LLC at (412) 330-1000 for a free consultation.