"Bob knows the law unlike anyone I have ever met."
Posted by Fellow Attorney on Google 2015

Looking for Relief from a Criminal Conviction? 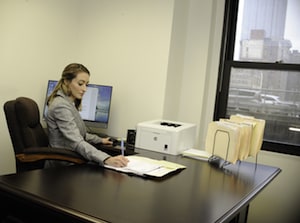 The battle may just be starting! A mistake may have been made with respect to selection of trial counsel. Don’t make that mistake with selecting an attorney for the appeal. If the appeal period is over, you may not have any other choice than to call Attorney Mielnicki. Few Attorneys have Attorney Mielnicki’s Post-Conviction experience. Attorney Mielnicki does not solicit court appointments but he is often appointed by judges to represent defendants who have filed their own post-conviction petitions following convictions for murder and other serious crimes. Why? Because Those judges know Pittsburgh Criminal Appeal Attorney Robert E. Mielnicki knows what to do and, win or lose, will get the job done right! Pittsburgh Criminal Appeal Attorney Karissa N. Murphy clerked for a Superior Court Judge before joining Mielnicki & Stiffler!

Many Attorneys are Going to Take Your Money and Have Someone Else Write Your Brief, Maybe Their Law Clerk

Many criminal defense attorneys do not handle appeals. Many criminal defense attorneys shouldn’t handle appeals because, they either do not have the desire to understand the law pertaining to all avenues of potential relief, or simply hate research and writing briefs. That is not the case with Pittsburgh Criminal Appeal Attorney Robert E. Mielnicki. That is not the case with Pittsburgh Criminal Appeal Attorney Karissa N. Murphy. They  enjoy research. They enjoy writing briefs. Pittsburgh Criminal Attorney Robert E. Mielnicki first felt the joy of winning a criminal jury trial in 1992. Attorney Robert E. Mielnicki felt the joy of winning a murder trial for an 18 year old he felt was innocent, in 1994. In 2014, however, after 4 years of exhaustive work, Pittsburgh Criminal Attorney Mielnicki felt the joy of getting a man a new trial, who was convicted in 2002 of second degree murder and serving a sentence of life, by obtaining a writ of habeas corpus for him in Federal Court. That 4 year battle, and the result Attorney Mielnicki obtained, is the reason this portion of this website was created. He still remembers calling that man’s aunt with the good news. This man was likely not guilty and received nothing close to a fair trial or proper representation at trial. 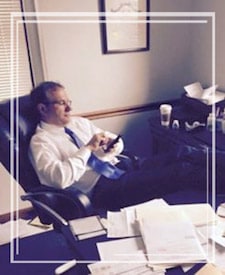 Pittsburgh Criminal Appeal Attorney Robert E. Mielnicki was one of the first attorneys, if not the first attorney, to successfully challenge the retroactive application of SORNA/Adam Walsh Act to those who entered plea agreements to crimes that did not require registration at the time of their plea. Pittsburgh Criminal Appeal Attorney Robert E. Mielnicki successfully argued that Pennsylvania’s mandatory minimum sentence for an assault on a minor was unconstitutional and saved his client at least 5 years in jail.

Convicted of a crime and unhappy with your Attorney? Call Pittsburgh Criminal Appeal Attorneys Robert E. Mielnicki and Karissa N. Murphy at (412) 330-1000.

It Doesn’t Matter if You are in Pittsburgh, Philadelphia or any County in Between!

Are you unhappy with your conviction or with what happened in court? Are you the relative or a friend of a person serving a sentence after being convicted of a crime? You or they have potential legal rights and remedies at your disposal, including appeals, habeas corpus petitions, and post-conviction relief act petitions (or PCRAs).

These rights and remedies are largely affected by that which has already occurred in your case.

Important: In most situations, the ability to utilize these rights is TIME SENSITIVE. As a result, you need to contact an attorney to discuss these rights AS SOON AS POSSIBLE.

Overview of the Post-Conviction Process 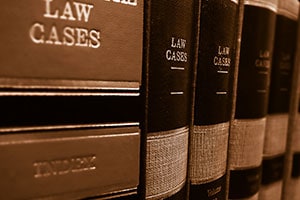 The law pertaining to post-sentence motions in Pennsylvania is as follows:

What you can appeal:

There exists a litany of issues that may be contested or argued upon appeal. It is impossible to include all in this space. Ultimately whether these issues apply to you depends upon the facts of your case. A sampling of such issues includes:

The law pertaining to appeals in Pennsylvania is as follows:

The time limit for filing a Petition for Post-Conviction Relief is one year from when the judgment of sentence became final. A judgment of sentence becomes final when the person’s appeal is over or when the person’s time to have appealed is over. Pennsylvania requires that the person seeking relief via a PCRA be serving a sentence at any point in time they could receive relief. This means that a person could timely file the PCRA but cease to be serving the sentence before the court can grant relief. Pittsburgh Criminal Appeal Attorney Robert E. Mielnicki keeps arguing for a change in that law, as it is very unfair. .

The law pertaining to PCRAs in Pennsylvania is as follows:

An issue that has developed over the past few years is DNA testing that exonerates a convicted defendant. As already mentioned, there are time limits to file a PCRA but there are exceptions for after-discovered evidence and specifically for DNA testing. The law pertaining to post-conviction DNA testing is set forth in 42 Pa.C.S.A. § 9543.1.

If a person convicted of a crime intends to take his matter to Federal Court in a Habeas Corpus petition, That peron must exhaust his or her state court remedies. This means the person must present those issues they intend to raise in State Court and have appealed to the Pennsylvania Superior Court. In many states, exhaustion requires an effort to take a matter to the highest appelate court in that State but in Pennsylvania, the matter only has to be taken to the Pennsylvania Superior Court.

A habeas corpus petition filed in federal court is really known as a Section 2254 Petition to those attorneys who handle such matters. So often, Attorney Mielnicki has taken over matters in Federal Court where the state court appeal process was handled by an attorney who simply did not care to properly preserve the issues for Federal Court or did not know how to do so. It is important that a person who has been convicted of a serious crime who wants to or may need to utilize all post-conviction procedures that they hire an experienced and competent attorney from the start.

Even though the writ of habeas corpus is mentioned in the United States Constitution, it is governed by a statute created by Congress. The law pertaining to such is as follows:

Unlike nearly every other issue that a trial court decides against a person, civil or criminal, a first appeal of a Section 2254 Petition is not a matter of right. The District Court that denies such a petition must grant the party desiring to appeal a “Certificate of Appealability.” If the District Court denies the petitioner the Certificate of Appealability, then that person can appeal to the Court of Appeals and immediately request such from that court. The Court of Appeals does often grant such.

Note the reference to 28 U.S.C. §2255 in the above discussion. Such is the Federal equivalent of the Section 2254 Petition that applies to those convicted of crimes in Federal Court. Such is typically known as Motion to Vacate.