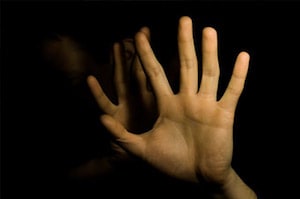 Sex offenses can range from a misdemeanor up to a first degree felony, which can result in long imprisonment. If you are convicted, your name will be included in the sex offender registry of Pennsylvania for at least fifteen years, and in some cases, for life. Your name, photograph, address, and details of your case will be published online, where everyone can see your sex offender profile. Moreover, if you fail to report change in your employment, address, or any other relevant detail, you will be charged with additional penalties.

If you opt for the legal services of an experienced criminal defense attorney, you may benefit from minimized penalties, reduced charges, and potentially have the sex offense allegations and charges dropped altogether. Pittsburgh Criminal Attorney Robert E. Mielnicki has the reputation of being a compassionate attorney and offers highly personalized services. He will attentively listen to your side of the matter, and come up with innovative solutions that best fit your situation.

Pittsburgh Criminal Attorney Robert E. Mielnicki was one of the first attorneys to successfully argue that the 2012 amendments to Megan’s Law (known as SORNA or the Adam Walsh Act) were unconstitutional; as applied to those who entered plea agreements prior to its passage, where such did not call for registration as a sex offender.

You Face the Potential for Lifetime Registration as a Sex Offender

Being charged with a Sexual Crime means that you are faced with potentially serious consequences. In Pennsylvania, a person found guilty of a Sexual Crime will have to register as a sex offender under Megan's Law. In addition to harsh legal penalties, if found guilty of committing a Sexual Crime, an individual can expect to encounter difficulties in both their professional and personal lives.

If you have been accused of committing a Sexual Crime, you may be charged with multiple offenses. Pittsburgh Criminal Defense Attorney Robert E. Mielnicki has over 25 years of experience defending the rights of people who have been accused of Sexual Crimes in Pittsburgh and surrounding areas. He has helped clients in a variety of cases involving numerous charges, including: